"It might seem odd to begin a book on nationalism with the Gulf War. The term 'nationalism' invites us to look elsewhere for exemplars. In both popular and academic writing, nationalism is associated with those who struggle to create new states or with extreme right-wing politics. According to customary usage, George Bush is not a nationalist; but separatists in Quebec or Brittany are; so are the leaders of extreme right-wing parties such as the Front National in France; and so, too, are the Serbian guerrillas, killing in the cause of extending the homeland's borders. A book about nationalism is expected to deal with such figures. It should be discussing dangerous and powerful passions, outlining a psychology of extraordinary emotions. 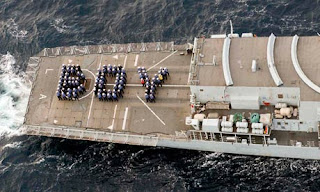 Yet, there is something misleading about this accepted use of the word 'nationalism'. It always seems to locate nationalism on the periphery. Separatists are often to be found in the outer regions of states; the extremists lurk on the margins of political life in established democracies, usually shunned by the sensible politicians of the centre. The guerrilla figures, seeking to establish their new homelands, operate in conditions where existing structures of state have collapsed, typically at a distance from the established centres of the West. From the perspective of Paris, London or Washington, places such as Moldova, Bosnia and Ukraine are peripherally placed on the edge of Europe. All these factors combine to make nationalism not merely an exotic force, but a peripheral one. In consequence, those in established nations - at the centre of things - are led to see nationalism as the property of others, not of 'us'. This is where the accepted view becomes misleading: it overlooks the nationalism of the West's nation-states. In a world of nation-states, nationalism cannot be confined to the peripheries. That might be con-ceded, but still it might be objected that nationalism only strikes the established  nation-states on special occasions. Crises, such as the  Falklands or Gulf Wars, infect a sore spot, causing bodily fevers: the symptoms are an inflamed rhetoric and an outbreak of ensigns. But the irruption soon dies down; the temperature passes; the flags are rolled up; and, then, it is business as usual. 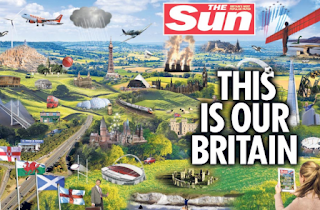 If that were the extent of nationalism in established nations, then nationalism, when it moves in from the periphery, only comes as a temporary mood. But, there is more. The intermittent crises depend upon existing ideological foundations. Bush, in his eve of battle speech, did not invent his dismal rhetoric: he was drawing upon familiar images and cliches. The flags displayed by the Western public during the Gulf War were familiar: Americans did not have to remind themselves what this arrangement of stars and stripes was. The national anthem, which topped the US music chart, was recorded at a football final. Each year, whether in peace or war, it is sung before the game. 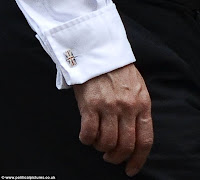 In short, the crises do not create nation-states as nation-states. In between times, the United States of America, France, the United Kingdom and so on continue to exist. Daily, they are reproduced as nations and their citizenry as nationals. And these nations are reproduced within a wider world of nations. For such daily reproduction to occur, one might hypothesize that a whole complex of beliefs, assumptions, habits, representations and practices must also be reproduced. Moreover, this complex must be reproduced in a banally mundane way, for the world of nations is the everyday world, the familiar terrain of contemporary times"


Die Hard 2 continues the pessimistic view developed in the first film in the series, but to much more incisive ends. In the first Die Hard Bruce Willis's solo cop John McClain goes up against terrorists, hindered by the stupid, greedy, or willfully malicious. The film is built around the notion that the USA in the 1980s might be a land in terminal decline that can only be saved by a few good guys who know the ropes and don't take shit from nobody. As deadly as the terrorists are dimwitted cops, FBI agents used to treating the USA like Vietnam, duplicitous yuppies, moral-less newshounds. The vital forces of action shown actually getting things done are New Women (gutsy like men, in business, although Bonnie Bidelia's Holly is defined mostly by her marriage to McClain and her family), the Japanese (the action takes place in what feels something like foreign soil, or an everyplace, a chunk of California signed off to Tokyo), and a gang of multi-national/racial terrorists.

Die Hard 2 of course repeats this, unhelpful cops and conniving bureaucrats and so forth, although actually the air control staff are depicted as resourceful and courageous: possibly, like Billy Elliott, a segment of the workforce that had struck a blow against neoliberalism, and becomes its victims (the PATCO strike of 1981), was being rehabilitated. If anything the film's failure at being as wholly enjoyable comes from repeating the first film on a vastly smaller scale (also Willis wanted out by this point, asking for his character to be killed off). What is more pointed here is that the film draws direct links between the USA's overseas wars and the military-industrial complex. The backing of a Latin American drug dealer leads to a team of US Special Forces turning rogue in a bid to free him from prison: such as links are well established and still being raised.

Though 90s action films are largely fluff, some seem very remarkable when looked back on.

Either in their vision of the 1990s as a grim near-future, or chaotic distant 'dark age':

Or in fairly critique/contempt for the government from within the military:

Something of a 'Praetorian guard taking over the republic' feel to all of it really.
Posted by Paul Hebron at 00:34 2 comments: 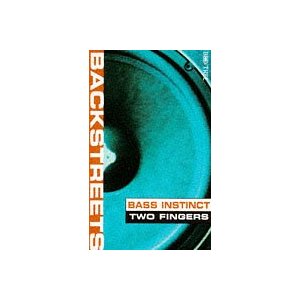 "Here's a revolutionary thought for you. Music should be free. You shouldn't have to pay for it. It's too important to be owned by the few, it should be readily available to the many. Music plays too big a part in people's lives. Whatever that is not food, clothing or heating is a want not a need. Music is a need, through music we construct definitions of ourselves, rebel, rejoice and articulate our deepest fears and  desires. The ability of music to encapsulate a moment, a feeling, an emotion and transcend race and class is beyond measure. The ability to change a day from shite to glorious within four minutes is something that should be free to everyone."

A peerless tune from Gunshot, remixed by Napalm Death. Rap and metal but not rap metal if you get me.

And since this post was a little thin on the ground, here's some more 90s Britrap.


(really good this one)

These are less interesting for various reasons: the Hijack tune formidable but owes a bit too much to Public Enemy; whilst Killa Instinct sound a bit indistinct, although seem to prefigure the sound of Gravediggaz a little.


(The obvious entry here is Anthrax/Public Enemy's Bring the Noise, but it didn't fit with my loose thing about heavy sounding UK hip hop. It's largely pointless: too cluttered; too sped up; Public Enemy had already incorporated metal quite convincingly into their sound. Were any of the thrash lot besides Sepultura, and to a lesser degree Slayer, actually any good? So tedious and uptight about it.)

And several years later, from a not immediately obvious quarter

.
.
.
.
.
.
Will rap metal ever get it's day? Some scholar to chart it's obscure inlets and undiscovered plateaus of meaning?

"The Bureau of Labor Statistics, which compiles the report, said leisure and hospitality added 75,000 jobs in June. Monthly job growth in this industry has averaged 55,000 in 2013, almost twice the average gain of 30,000 per month in 2012. Employment in professional and business services rose by 53,000 in June.
Employment in most other major industries, including mining and logging, construction, manufacturing, and transportation and warehousing, showed little change in June. The government continued to cut jobs during the month, shedding another 5,000 positions to make up a total of 65,000 in the last 12 months.
The number of long-term unemployed (those left jobless for 27 weeks or more) was essentially unchanged at 4.3m, accounting for 36.7% of the unemployed. Unemployment rates for teenagers (24%), black people (13.7%), and Hispanics (9.1%) remained stubbornly high."

the largest ever crowd at Glastonbury was for The Levellers in 1994.


Musically, Mumford and Sons could (if they had a bit of wit about them) fit this in their set quite happily. But just as leaders are made by their followers, so some songs are made by the audience. It just wouldn't work, the meaning having dissipated long ago.