The History Of Ra

"Out of Srebrenica came a strange new hybrid - a humanitarian militarism. And in the 1990s it rose up to capture the imagination of a generation on the left in Europe. Ever since the collapse of the left in the early 1980s they had been searching for a new vision of how to change the world for the better. Now they found it - a humanitarianism that had the power to right wrongs around the world rather than just alleviate them. It even had French philosophers behind it. And one of that generation who was most entranced was Tony Blair, and in 1999 he took this humanitarianism to its moment of greatest triumph."
"It would be nice to believe that Nato had transmuted itself, in the post-Cold War world, from a defensive-aggressive military pact into the armed wing of Amnesty International (as Nick Cohen might have had it in one of his many comforting soujourns off the planet). But the record of that war suggest a different story to the one relayed to us by Nato and the ideologues who supported the war. Specifically, the UK government cannot have been overwhelmingly concerned about the oppression of Kosovo Albanians because George Robertson claimed, speaking before the House of Commons on the day the bombing started, that until mid-January 1999, "the Kosovo Liberation Army (KLA) was responsible for more deaths in Kosovo than the Serbian authorities had been".
"A further consequence is another blow to the fragile principles of world order. The NATO action represents a threat to the “very core of the international security system” founded on the UN Charter, Secretary-General Kofi Annan observed in his annual report to the UN in September. That matters little to the rich and powerful, who will act as they please, rejecting World Court decisions and vetoing Security Council resolutions if that becomes necessary; it is useful to remember that, contrary to much mythology, the U.S. has been far in the lead in vetoing Security Council resolutions on a wide range of issues, including terror and aggression, ever since it lost control of the UN in the course of decolonization, with Britain second and France a distant third. But the traditional victims take these matters more seriously, as the global reaction to the Kosovo war indicated"
Posted by David K Wayne at 22:22 No comments:

The Astounding World Of The Future

This is an amazingly prescient film. How did they predict everything so accurately?

I Just Feel Better When They're Not Around

...But, yeah, I never could stand Randy Newman. 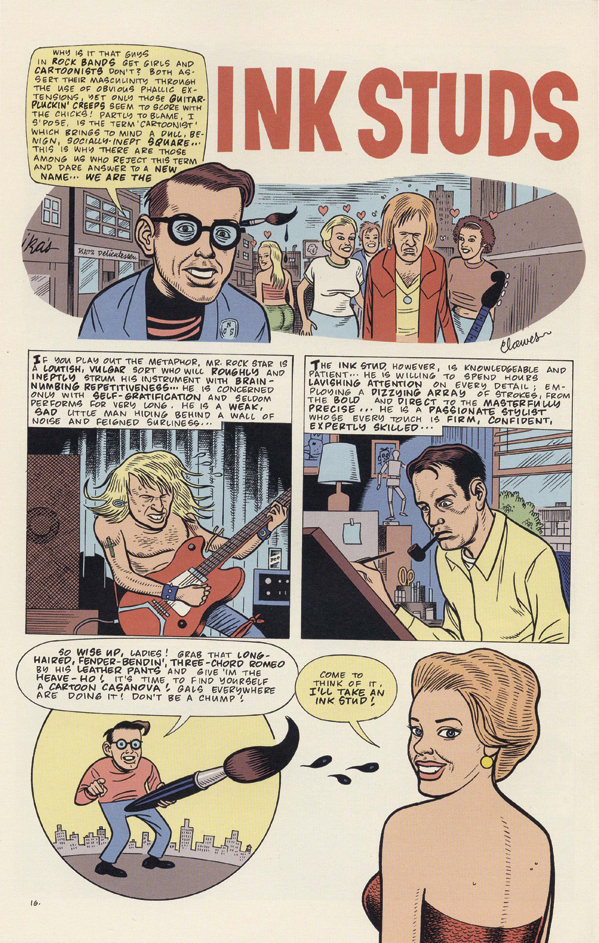 My penny'orth on the solos debate ...
This is a tough one. The guitar solo was one of many ingenious lovely things that died in the nineties. Conspicuous musicianship sounded archly reactionary after the electronic incursions of the previous decade. Cue the Britpop nadir. (But see below for some articles for the defence!)

"If I was Johnny Carson I'd say that was a wacky wacky guitar solo", says the voice of authority that is John McEnroe (?!). No wonder his show got canceled.


Clearly, we're into avant noise territory here, so it's often more a case of extended scene-stealing jammage than of solos per se. As in this:


[starts to get particularly good just before 6:00]

Wonderfully wayward stuff in this [from 1:43]:


This was released in Feb 2000 but has great stuff all the way through so I'm gonna slap it down anyway:

Exultant lilting orientalism at the end of this [from 2:45]

I'm fairly sure you can get down with this moment of visionary lo-fi clarity, particularly as it's buried on an album by an otherwise deeply noxious band:

I like how early in the song this is. Clearly a guitarist's first "proper" choon. As in: I've just written a verse and a sort-of chorus; what now? SOLO!
I also love this [from 2:08]

Some very winning (pre-Darkness-therefore-justifiable) ironic metallica. And I like that it's Lauren Laverne's brother who plays it, a nice example of sibling harmony to set beside more ambivalent contemporary cases.

And .... I might never live this down, but finally I'd like to put in a heartfelt plea for the following, partly because it was one of the first things I ever learned to play in 1996 as a 12 yr old nipper, but also because it's FUCKING SWEET!

[a short incendiary burst around 2:30]

Now there's a transgressive taste-move for you.

I could unleash more Britpop heresies but perhaps best to leave it there for now.